Caricature of Vladimir Putin, the President of Russia, as an Indian Maharaja

What if Vladimir Putin, the current President of Russia, were an Indian Maharaja? 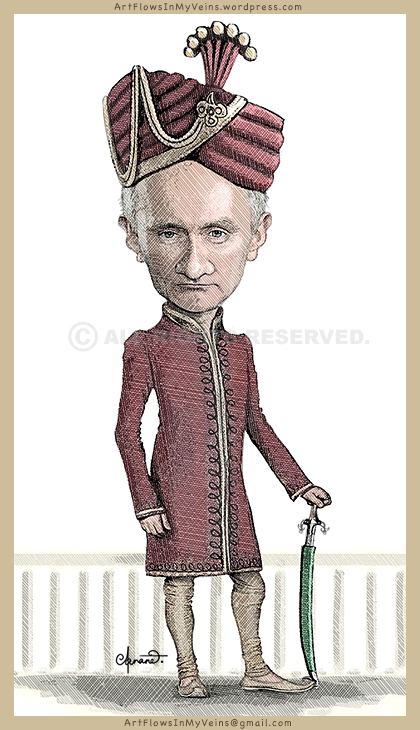 My decision is final!

A closer look reveals that one need not change anything except his attire, and he could be an Indian Maharaja of the medieval times.

Here are 4 reasons why Putin could’ve been an Indian Maharaja in another life.

Now a little about why I did this Caricature…

No doubt, President Obama is an easy-going family man, he has never served in the forces, and let’s face it, Americans like their President to have a family-man image. Family-men, usually, do not flex muscles or show-off their six-packs.

President Putin, on the other hand, was a KGB operative for 16 years. He grew up in Russia, son of a man who worked as a security-guard and a later as a foreman, lived in community housing, and studied in Primary School No. 193 in Leningrad. That sort of childhood makes a boy strong…and ambitious. (Read his biography here.)

So the two gentlemen are as different as day and night or chalk and cheese for that matter. Today, some say, Putin is slipping into the role of Russian Tsar…and that made me think of Putin, the Indian Maharaja of the yore.

I hope you enjoyed my attempt.

Here’s the black and white, before I did the color-wash. 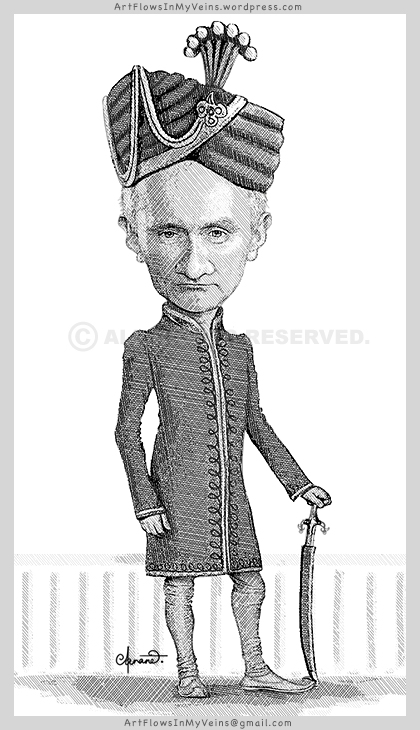 3 Responses to Caricature of Vladimir Putin, the President of Russia, as an Indian Maharaja