This one’s for Jacqueline, she asked me to write it. (She had tried to help me by buying a couple of my relatives for $1.50 each, and so I just couldn’t bring myself to say no to her.)

Here are three quotations that I chose for this post.

Get your facts first, then you can distort them as you please.
– Mark Twain

As a parodist and a caricaturist, I couldn’t agree more. If people around me didn’t do the things they did (observable facts) I couldn’t spice them up for you. I’ll take the example of this caricature of a sari-clad Ms. Hillary Clinton that I did for the current issue of the QSM Magazine.

Note that it was her real face and personality that brought about this caricature and the related article. Exaggerations and distortions don’t exist in a vacuum – they are based on facts – and if you don’t know the facts, you can never distort them convincingly.

Behind every great man is a woman rolling her eyes.
– Jim Carrey

At this point, I am forced to share the caricature of Salman Khan. (Before she met me, wifey was in love with him, but that is now an old story – mitti pao! (let’s bury it!)  I caricatured Salman Khan last year (around the time Big Boss 8 was being telecast.) 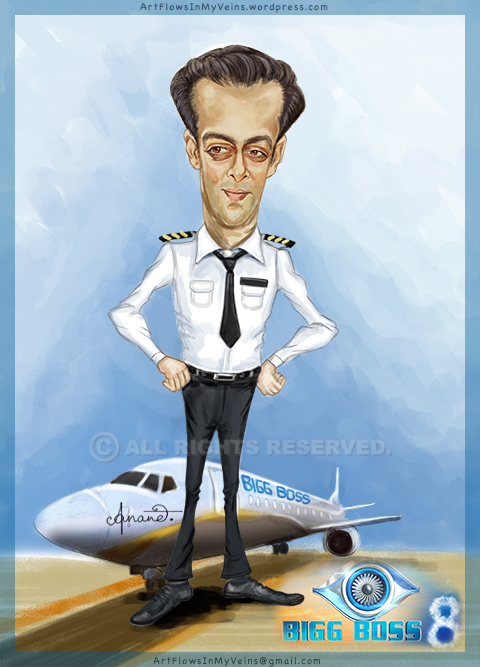 Most Indians (with Mom being one of the rare exceptions, who thinks that regardless of all his other achievements, a bachelor can never be called successful,) would agree that Salman Khan is an extremely successful man, and that behind him, there’s a long line of women still rolling their eyes. There’s a long line of women in front of him too, but they are fluttering their eyelashes hoping to become the one who gets to roll her eyes behind him all his life.

Jim Carrey has rolled an excellent point into a tortilla.

A woman’s mind is cleaner than a man’s: She changes it more often.
– Oliver Herford

I am not going to ask how Mr. Herford arrived at this conclusion, but the fact that my life (as a householder and also as a blogger) is ruled by women, makes me think that he is absolutely right – they do change their mind more often. (For the sake of consistency, I am going to present wifey’s sketch from the first Issue here.) 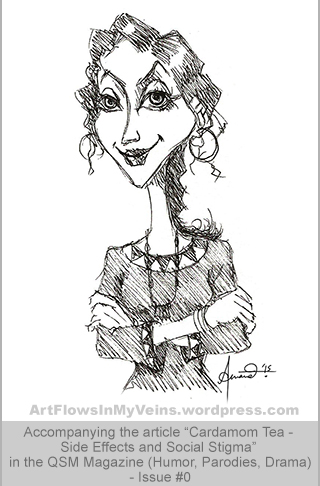 Wifey Giving me that Look.